No Crust Rhubarb Pie is everything you love about old fashioned rhubarb pie without the crust. Instead, an easy sweet dough is spread over top.

Rhubarb is one of those special springtime ingredients that you can make into a variety of delicious desserts. It is an easy ingredient to use and if you enjoy a fruit*-filled dessert, then try this yummy Crustless Rhubarb Pie recipe!

*Before we get any comments…we know rhubarb is technically a vegetable but it is used much like fruit in pies, cobblers and jams! 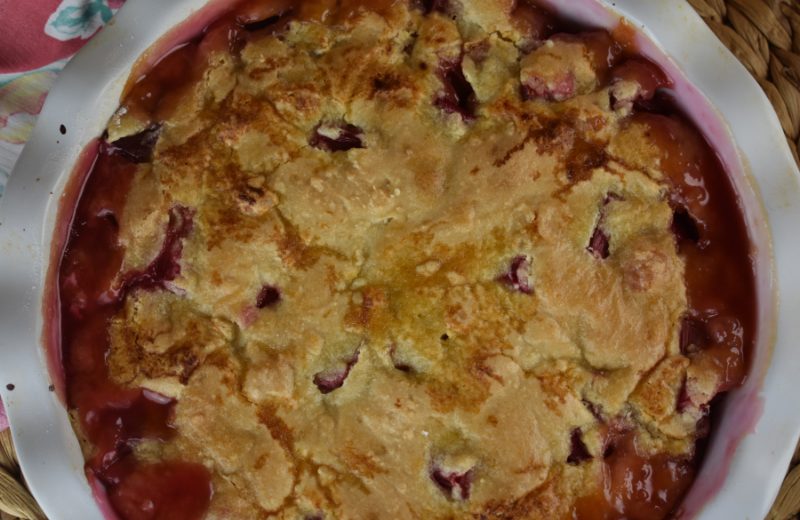 Rhubarb Pie without a crust is great when you don’t feel like fussing with making pie crust or if you forget to grab a pre-made pie crust at the store.

Plus, not only that, it’s so sweet, sticky and delicious, you might decide you prefer this crustless rhubarb pie version better than the regular kind. 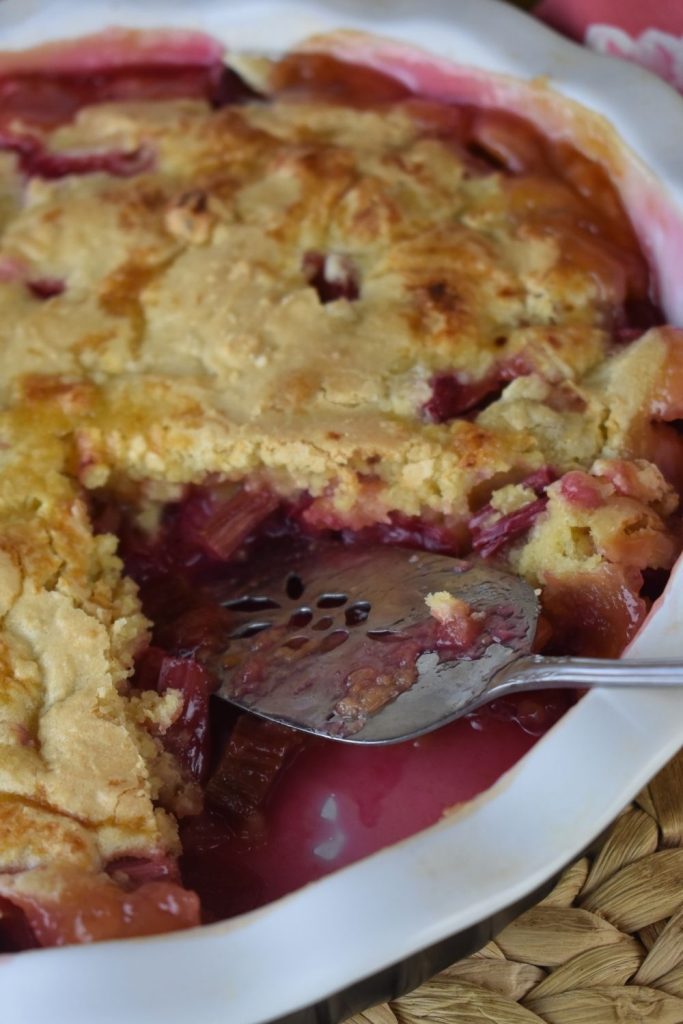 I reached into my cookbook archives to one of my all-time favorite cook books from Imogene, Iowa. I’ve been cooking out of this cookbook for years, and I actually thought I’d pretty much made every recipe by now.

But then, I spotted this gem called No-Crust Rhubarb Pie.

Rhubarb is definitely on my mind since my Mom’s cousin dropped off a jackpot of beautiful rosy, red rhubarb. It was so much that Mom insisted I take some off her hands. 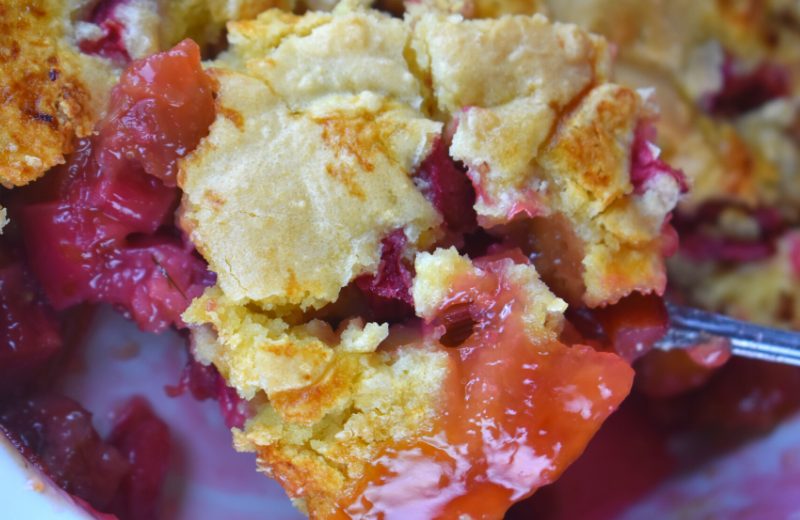 There’s a secret ingredient in this old fashioned rhubarb pie.

It’s one of those ingredients that gives a bright flavor, but you can’t really put your finger on what it is.

Old Fashioned Rhubarb Pie (no crust) has a simple batter over top that includes lemon extract. Plus, fresh lemon juice is squeezed right over top the pie before baking.

The acidic lemon balances all of the sugar in this crust-less rhubarb pie.

The cool thing is that you could omit the lemon extract and/or lemon juice, and this dessert will still be amazing. However, I highly recommend making it just as the recipe states. 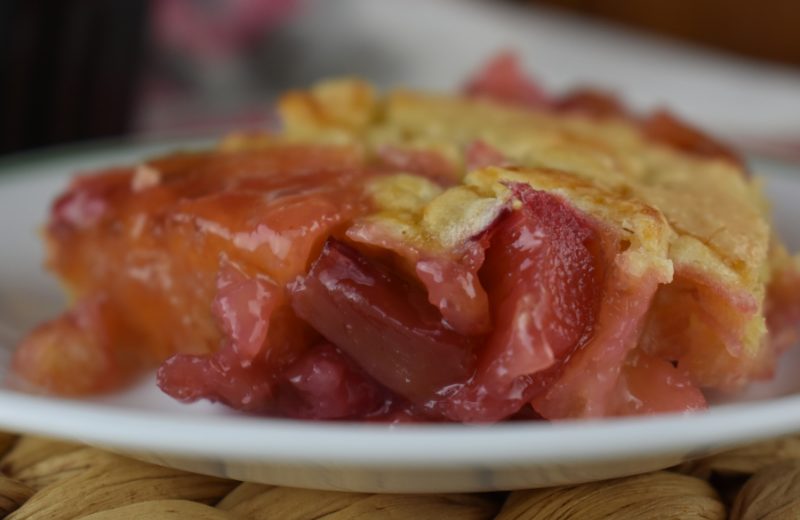 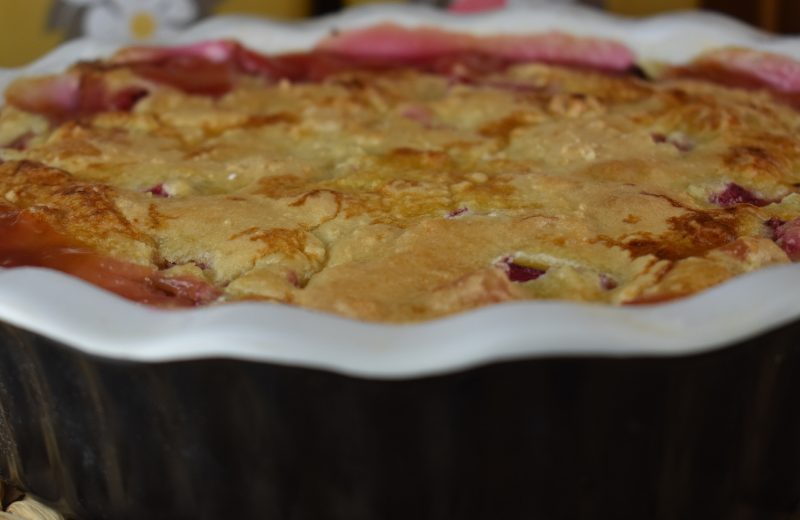 How to Make a No Crust Rhubarb Pie

For the full recipe steps and ingredient amounts for easy crust-less rhubarb pie, scroll to the recipe card the bottom of this post. 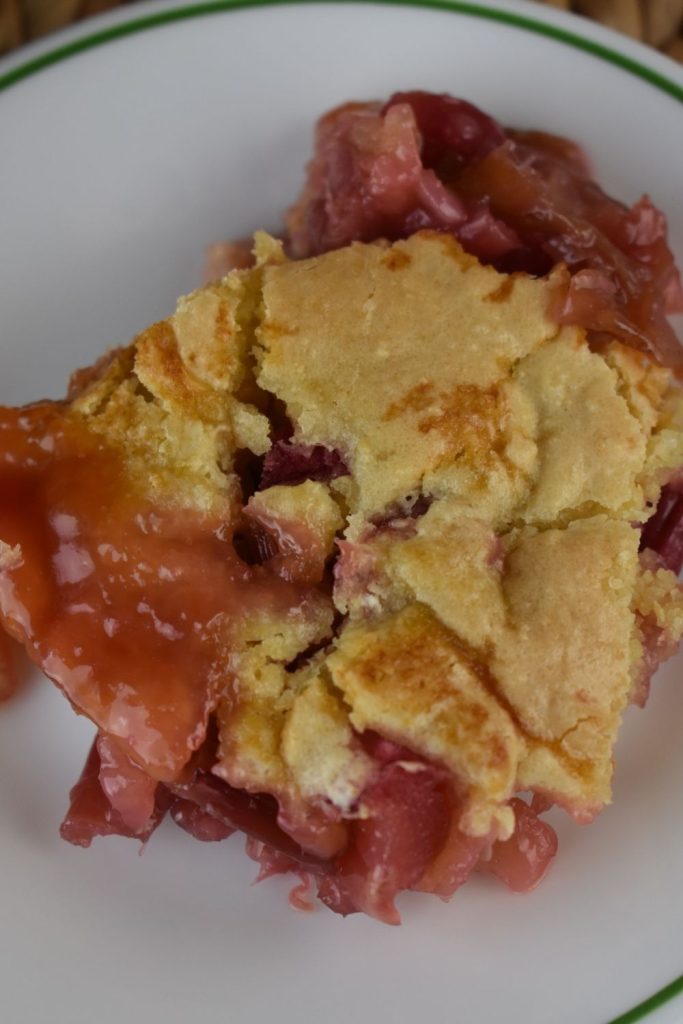 Notes about No Crust Rhubarb Pie 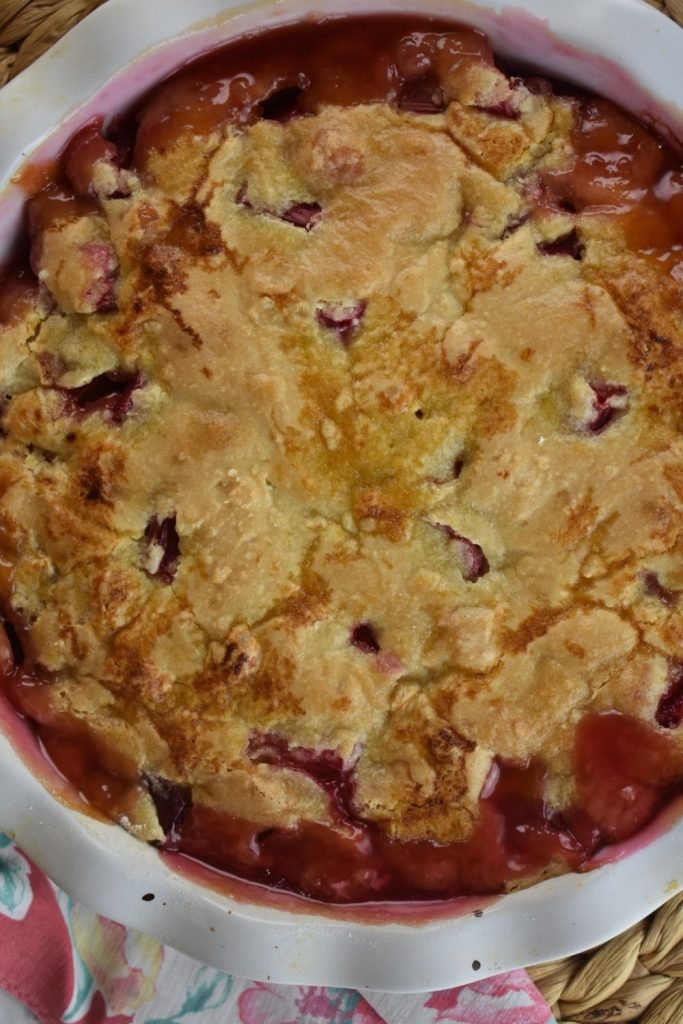 Rhubarb Pie with One Crust Recipe 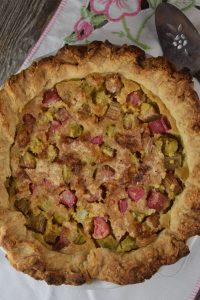 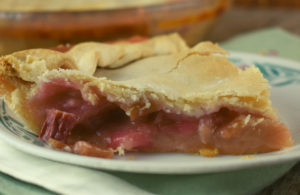 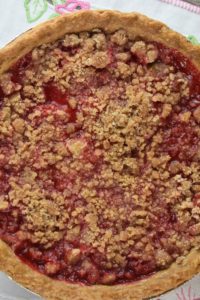 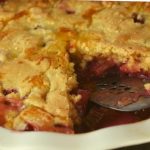 Our grandma made all sorts of recipes using rhubarb since she always had a rhubarb plant out in the yard.

In her repertoire (and now ours) are rhubarb bars, breads, cakes, jams, and more.  Find all Grandma’s favorite rhubarb desserts in this post! 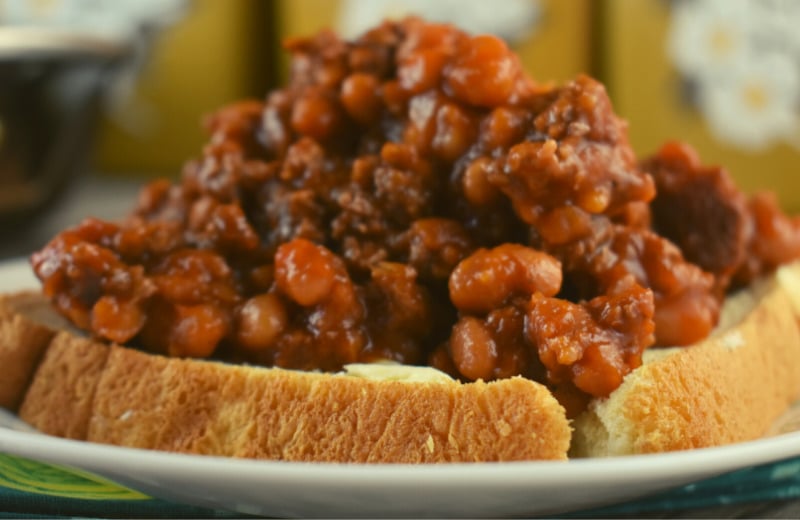 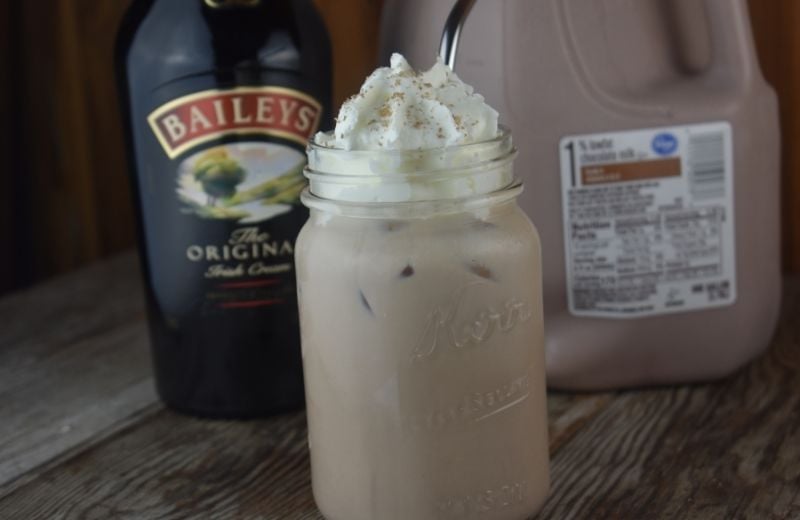 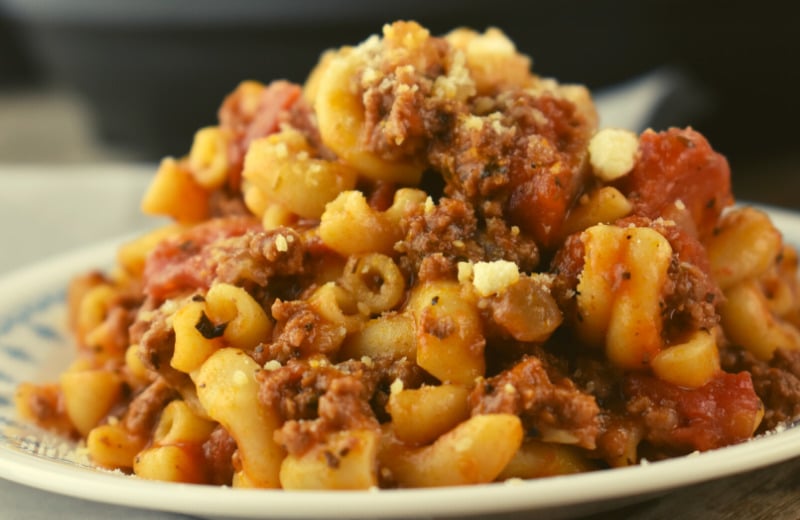 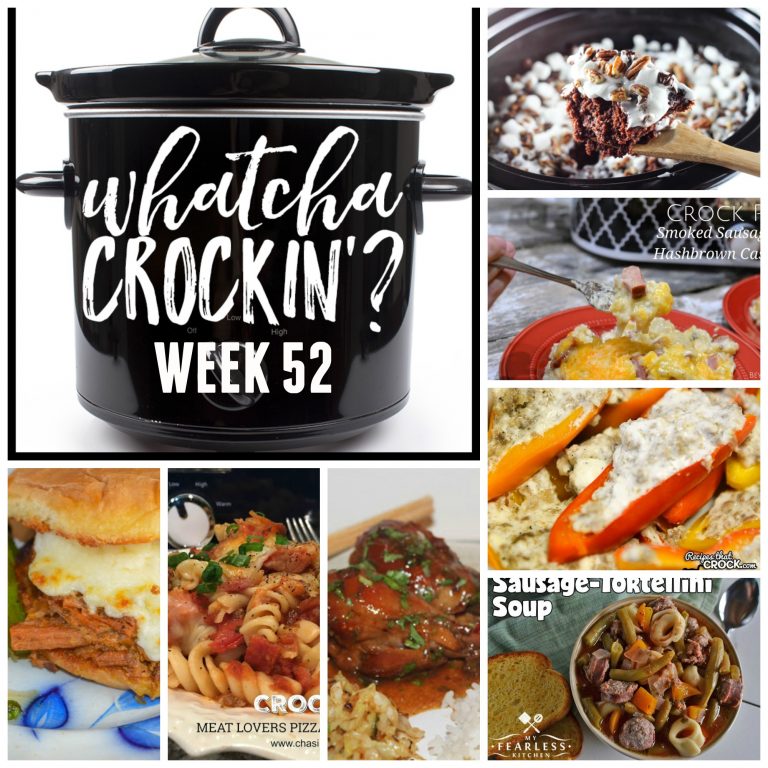 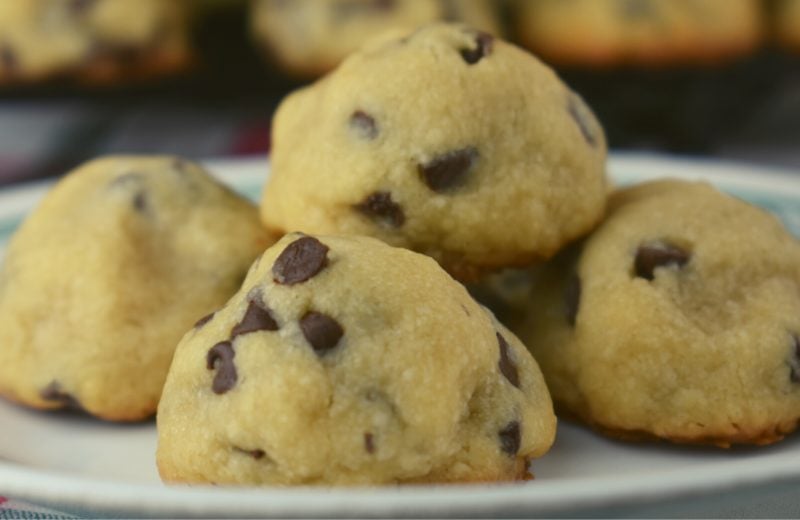 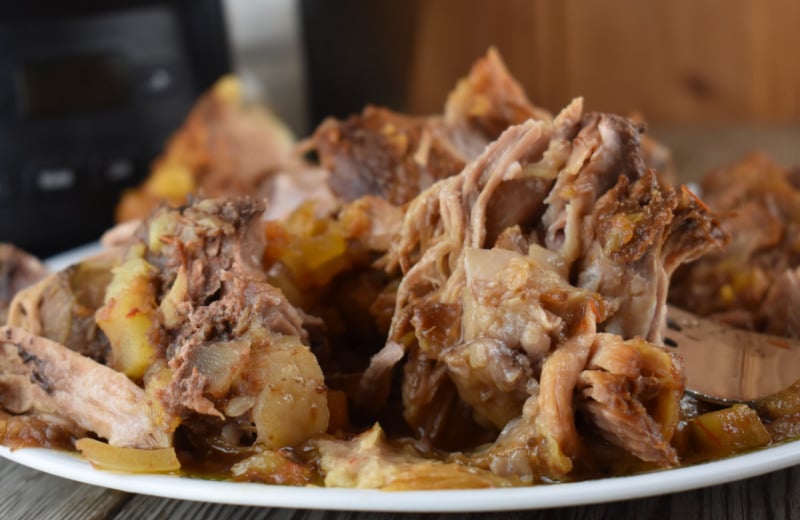 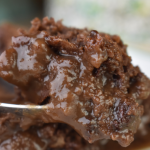 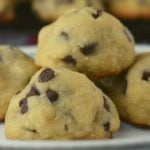 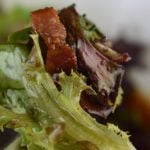